Hello there my readers,

It has been a while since I’ve posted on this blog due to way too many things that are going on in my life that I really haven’t had the time to make a note of them except for posting on Facebook and LinkedIn!

Last week I met Angelo Fernando along with some of my oldest friends on social media. He conducted Sri Lanka’s first ever social media webinar series from Arizona, USA in collaboration with the US Embassy and the American Center. It was a 6-day training called “Passport to Digital Citizenship”.

This meet-up reminded me how important blogging was for me during the earliest part of my career and how it took me to places like Google HQ in mountain view, Facebook HQ, and Twitter, to name a few. And let’s not forget the unforgettable meeting with Hilary Clinton, back when she was the Secretary of State during Obama time.

So, I made a decision that I will change things around. On one hand, I’m going to make it a point to be active on this blog and to keep you updated on the latest news and activities on the social media sphere as well as the local business scene, along with what I’m getting up to in that sense. On the other hand, I want to share with you insights to what I learn through my experience in the industry, in order to educate my readers on what’s good, what’s current and what’s cool.

In terms of events, actually, there have been quite a LOT of things that happened this year and much more waiting to happen so to speak lol. So allow me to quickly capture some of the key events from 2018 via my Facebook feed. Here they are in reverse chronological order;

The Instagram Collaborator Forum 2018 was held at the Galle Face Hotel and was organized by Cyaniq Social. The event saw a gathering of those who were already popular Instagrammers, IG influencers, IG content creators and those interested in knowing what Cyaniq Social was going to do with all those people :D

I’m sure most of you peeps know I’m the co-manager of GBG Colombo. So Google launched this entirely new program called #Womenwill all over the world via Google Business Groups and other Google partners to educate, train and empower women entrepreneurs.

This was the first workshop we conducted in Sri Lanka. More to come! Check out the details of the launch event further down the post.

So these peeps from Eskimi have this pretty cool advertising platform that is purported to be fancier than Facebook Ads and Google AdWords combined. I’m yet to take it for a test ride. When I do, I’ll let you know if it’s worth it.

They conducted #EskimiTalks where they invited industry leaders and clients to share their expertise and experience in using their extensive mobile ad platform. Their model is different as in they carry out what you call Programmatic Advertising. I’ll write another post on them in time to come.

So, everyone knows that Facebook rushed down to Colombo to speak to the local authorities when the whole social media blackout was full on. According to some of the Facebook folks I spoke to, at a different time and place, Facebook has had an interest in Sri Lanka for a couple of years and they now want to work with Srilankan authorities and community leaders to help local businesses reap the benefits from their platform. Check out details of their first training in Sri Lanka further down this post.

So right after this first training event, we spoke to Rajat Arora, Facebook’s Policy Programs Manager – India & South Asia and a few of us met him for a chat. He was super friendly and had great plans for the country and the business community. Looking forward to a lot of things :)

This was the first training event Facebook conducted in Sri Lanka and it was carried out under the name Boost Your Business with Facebook. I first heard about this at the VFL event (which you can read further down the post) when I first met Rajat. He made the announcement there while speaking to the entrepreneurs at the event.

There were a number of government representatives too at the event who spoke to the audience which was 99% entrepreneurs and agency folk. Let me not go into how the audience received their talks. But let’s just say that Naushad and I asked the authorities WHEN they were going to open PayPal to receive money in Sri Lanka and they put the ball on ICTA court. I will just shake my head.

Anyways, on to more positive things… Facebook did a swell training on how the network can benefit entrepreneurs including their ads platform. They also pledged to train 10,000 entrepreneurs with similar programs throughout the country, mainly with ICTA. The “Sri Lanka Go Digital – Empowered Businesses Program” that was held in Matara last week was one such event.

Although I couldn’t attend on the last day due to getting ill suddenly, Startup Weekend Colombo was a promising event in terms of early-stage startups.

Although it had a smaller crowd than I expected, it was pretty well organized and the teams were given a lot of guidance, mentorship and some existing entrepreneurs shared their stories, their successes and failures with the teams as well.

Startup Weekend events will continue to happen throughout the island. Hopefully, events such as this will help the ecosystem positively as purported.

This took place right before Startup Weekend Colombo. Yes, I took time off from work to help out both these events because I’m glad they are doing a lot of work to support and uplift the local entrepreneurs. I got to meet some great folks that were part of VFL and some amazing speakers from all over the world like Jim Bagnola, Chris Doering, Tilak Dissanayake, Jon Cayzer, Rajat Arora from Facebook whom we met later and many more.

There were TWO Google I/O Extended events in Sri Lanka this year as well. Each of them was supposed to have an attendance of around 2000 – 3000. Such is the popularity of Google and related tech as evident. We attended the one organized by Mobitel Sri Lanka.

This was probably the largest gathering I spoke to in a long while. Sajini and I did an introduction to Google communities in Sri Lanka, how to join and benefit from them. If you missed the event, check out the last media, it’s a live feed from the entire event.

I wrote above on the first WW workshop. #Womenwill was launched in Sri Lanka back in April. We were planning on launching it in March, in line with Women’s Day but with the whole social media blackout, we had to postpone it until April.

The launch was a huge success and there was a lot of media attention on it. The audience was also very interesting, ranging from late teens to 50+.

Also, yours truly is the Womenwill Lead for Sri Lanka and that’s pretty cool right there ;)

I was totally looking forward to attending SMMW this year too. Although I was unable to attend the SMMW 2018 this year I did the smart thing and bought the virtual ticket.

If there’s ONE social media global conference that you would like to go for next year, I would totally recommend SMMW 2019.

This was the first GBG Colombo event for 2018. We had just signed up about 10 new volunteers to our team and this event was a popular one with a full house at Business Hubs Colpetty.

Thilina suddenly became ill and we had Amalan taking his place for the evening for the first time. We had a great response to the event and we hope to run a couple of more GMB events this year.

Organising events and workshops AND do the training for GBG Colombo is no small task. Although we get most of the content directly from Google, we have to do the implementation when it comes to the actual training to suit the audience and the local scene. So towards the end of last year, our small team of 5 took a call to get some new blood into the team.

We picked about 15 individuals and did initial one-on-one interviews. Then we did a volunteer training event for who was selected. The training day was great fun! The volunteers got a bunch of the coolest swag and the training of a lifetime on how GBG operates around the world, what it takes to be a GBG member and insights into Google.

We’re not a great team working on a lot of projects this year!

Neo@Ogilvy organized a superb training session with Kushagra Sagar – Business Development Lead, SMB South Asia at Facebook. Unfortunately, it wasn’t a public event but I was fortunate enough to attend this awesome training session focussing on the effective use of Facebook (mainly ads) for business and marketing.

I did a lightning talk at this event on getting your business location verified on Google.

There are a number of criteria to follow though, such as the business owner or a rep personally attends the verification, providing a copy of the business registratoin and a utility bill to verify the address. But the whole thing can be done in just 5 minutes. If you want to know more, please get in touch with me or GBG Colombo on Facebook (gbgcolombo@gmail.com).

Also, you can read this third-party blog post on GMB TV.

But it ain’t over till it’s over. The next immediate thing I’m working on with the GBG Colombo team is a YouTube event! Possibly two, who knows! This one is turning out to be super exciting! More on it later ;)

If you are a YouTube content creator or just starting out on YouTube, get in touch with us at GBG Colombo via the Facebook Page. Registrations will be up soon for content creators and participants so check back on the GBG Colombo page. 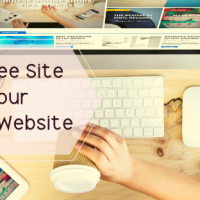